© You may print any of these books for your own use. However, all rights are reserved. You may not use any of the site content on your own website, nor for commercial distribution. To publish the books, permission must be sought from the appropriate copyright owners. If you post an extract on a forum, post a link to the appropriate page. Please do not link directly to PDF, MP3, or ZIP files. (Updated on 3 January, 2020) 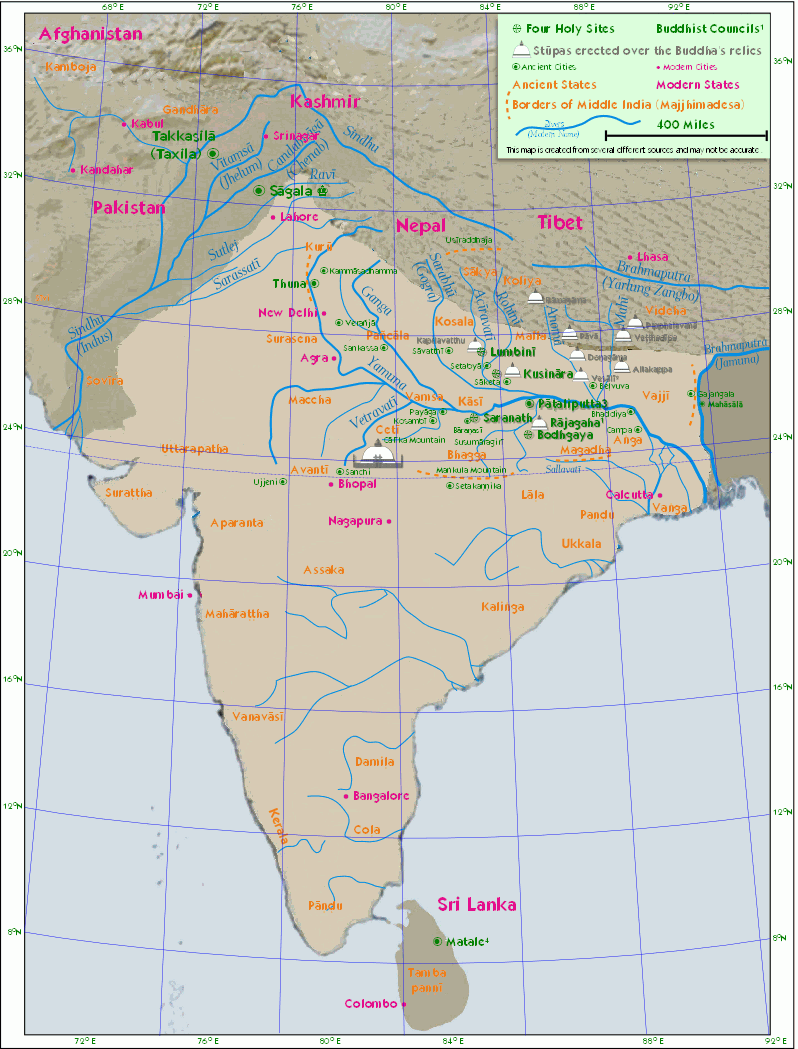 India in the Time of the Buddha

Some details about Buddhist holy places are from indiatravel.com, which also gives distances from major cities to aid location. The original map, which I edited to remove roads, state boundaries, and railways, was released to the public by the Central Intelligence Agency.

These sixteen nations at the time of the Buddha are named in the Visākhā Sutta of the Uposatha Vagga, in the Book of the Eights.

Some information on this map may be inaccurate due to the difficulty of mixing information from various sources. I will be grateful to know of any serious errors or minor oversights so that I can gradually improve it for future editions.

The four holiest places for Buddhists are the sites where the four main events of the Buddha’s life took place: Lumbinī, where the Bodhisatta was born; Bodhgaya, where he gained Enlightenment; Saranath, where he gave is first discourse; and Kusinārā, where he attained parinibbāna.

So it came about that there were eight stūpas for the relics, a ninth for the urn, and a tenth for the ashes.

Click the Map to view a PDF version (189 Kbytes)